Warning: file_put_contents(): Only 0 of 36460 bytes written, possibly out of free disk space in /home/mcptsccom/public_html/zsystem/core/common.php on line 839
 DAMAN PROJECT - SUCCESSFUL LOAD OUT AND SAIL AWAY OF TOPSIDE MODULE B12-15

On 28th February 2018, PTSC Mechanical and Construction (PTSC M&C) has organized the Load-out Ceremony of B12-15 Wellhead Platform under the Daman Phase 2 Development Project (Daman Project) to Oil and Natural Gas Corporation (ONGC). The Loadout and Handover Ceremony was held at PTSC Downstream Port with representatives from ONGC, PTSC M&C, Daman Project Management Board and other partners, subcontractors involved in the project.

The B12-15 WHP is the last structure within 05 WHPs that PTSC M&C handed over to ONGC from late 2017. PTSC M&C in-charged for detail engineering, procurement, construction and commissioning (EPC) for Daman Project for 05 topsides, 05 jackets with a total volume of more than 15,000 tons. The project re-started from April 2017 to February 2018. PTSC M&C has mobilized up to 3,200 people, reaching about 3.8 million safety hours without LTI.

Reported at the Ceremony, representatives from ONGC and PTSC M&C has summarized the project history through different stages, especially in the crisis period, where it is almost canceled. The successful negotiations and continued implementation of the project is the result of the efforts and determination of PTSC M&C after a long period of effective coordination from ONGC to find out the optimal solutions to overcome the challenges. Somehow, it can be said that PTSC M&C has successfully completed the project in the view of schedule as well as ensure the quality and safety requirements; which is highly appreciated by ONGC and partners. This is also the second project PTSC M&C delivers to ONGC after HRD project in 2015 so far. Daman Project is also the fourth project that PTSC M&C gained internationally from 2014; after the other three succeed projects: HRD (ONGC / Afcons), MLS (Total E & P Borneo BV, Brunei) and Ghana OCTP Offshore FPSO Modules Yinson / Kanfa).

It can be said that the completion of the Daman Phase 2 Project has further confirmed the development of PTSC M&C, enhancing its position, proving its competitiveness, managing and deploying the project to match the new stature of PTSC M&C - one of the most prestigious, quality service providers in Vietnam and among the region for the oil & gas industry.

It is important to emphasize that the Daman Phase 2 project is not only economically significant but also contributes to maintaining and securing the operation of PTSC M&C during the tough period due to the impact of oil prices declining from 2015 ‘til date. 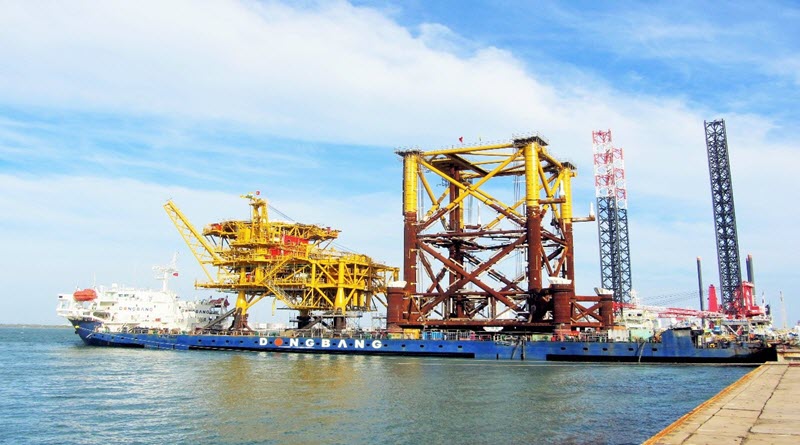 Warning: Unknown: Failed to write session data (files). Please verify that the current setting of session.save_path is correct (/opt/alt/php54/var/lib/php/session) in Unknown on line 0